We are excited to announce our new site is up and running. We’re currently still in the development stage, so please check back often to view our progress while we undergo construction.

Stellite alloy is a range of cobalt-chromium alloys designed for wear resistance. It may also contain tungsten or molybdenum and a small but important amount of carbon.

There are a large number of Stellite alloys composed of various amounts of cobalt, nickel, iron, aluminium, boron, carbon, chromium, manganese, molybdenum, phosphorus, sulfur, silicon, and titanium, in various proportions, most alloys containing four to six of these elements.

Stellite is a family of completely non-magnetic and corrosion-resistant cobalt alloys of various compositions that have been optimised for different uses. Stellite alloys display outstanding hardness and toughness, and are also usually very resistant to corrosion. Stellite alloys are so hard that they are very difficult to machine, and anything made from them is, as a result, very expensive. Typically, a Stellite part is precisely cast so that only minimal machining is necessary.

Typical applications include saw teeth, hardfacing, and acid-resistant machine parts. Stellite was a major improvement in the production of poppet valves and valve seats for the valves, particularly exhaust valves, of internal combustion engines. By reducing their erosion from hot gases, the interval between maintenance and re-grinding of their seats was dramatically lengthened.

While Stellite remains the material of choice for certain internal parts in industrial process valves (valve seat hardfacing), its use has been discouraged in nuclear power plants. In piping that can communicate with the reactor, tiny amounts of Stellite would be released into the process fluid and eventually enter the reactor.

Stellite was also used as the cage material for the first commercially available artificial heart valve, the Starr-Edwards caged-ball valve, first implanted in 1960.

We will quote your job - Email or Fax a blueprint or .pdf with material specifications.﻿

Please contact us anytime! We look forward to hearing from you. 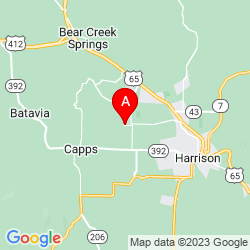 It is Eastman-Booth Inc. policy to take great measures to ensure that our activities are conducted with no involvement in the exploitation and trade of conflict minerals originating from the Democratic Republic of Congo.

This is a standard we also expect from our suppliers as well.